The Color of Compromise

The Truth about the American Church’s Complicity in Racism

The Color of Compromise reveals the chilling connection between the church and racism throughout American history. A survey of the ways Christians of the past have reinforced theories of racial superiority and inferiority provides motivation for a series of bold actions believers must take to forge a future of equity and justice.

An acclaimed, timely narrative of how people of faith have historically--up to the present day--worked against racial justice. And a call for urgent action by all Christians today in response.

The Color of Compromise is both enlightening and compelling, telling a history we either ignore or just don't know. Equal parts painful and inspirational, it details how the American church has helped create and maintain racist ideas and practices. You will be guided in thinking through concrete solutions for improved race relations and a racially inclusive church.

The Color of Compromise:

The Color of Compromise is not a call to shame or a platform to blame white evangelical Christians. It is a call from a place of love and desire to fight for a more racially unified church that no longer compromises what the Bible teaches about human dignity and equality. A call that challenges black and white Christians alike to standup now and begin implementing the concrete ways Tisby outlines, all for a more equitable and inclusive environment among God's people. Starting today.

'In giving us a history of America and the Protestant church, Jemar Tisby has given us a survey of ourselves--the racial meanings and stratagems that define our negotiations with one another. He points courageously toward the open sore of racism, not with the resigned pessimism of the defeated but with the resilient hope of Christian faith. The reader will have their minds and hearts pricked as they consider just how complicit the church has been in America's original sin and how weak a word complicit is for describing the actions and inactions of those who claim the name of Christ!'

'With clinical precision, Jemar Tisby unpacks the tragic connection between the American church and the countless historic iterations of American racism. Readers are served well by Jemar's refusal to minimize the horror of this history or sanitize the church's hands from its complicity. For this reason and many others, The Color of Compromise is an appropriately discomforting volume for such a time as this. May it be referenced and heeded as a prophetic warning for decades to come.'

'If you want to understand why we remain mired in racial unrighteousness, you need to read this book. Its pages radiate not just historical but also moral insight, as Tisby shines a light on to the dark places of American church history. The Color of Compromise tells the truth--and only the truth will set us free.'

The Color of Compromise is essential reading for American Christians. By telling the brutal history of white Christians' deliberate complicity in racial oppression, Jemar Tisby confronts the church with its own past. But his is not simply a story of condemnation. If racism can be made, it can be unmade, he reminds us. 'There can be no deep disappointment where there is not deep love,' Martin Luther King Jr. once wrote. Tisby's book is a labor of love and, ultimately, a work of hope.

Each individual and society is a compilation of what has come before them, whether they own this notion or not. Tisby's thoughtful work reminds us that you can run from, deny, or remix it, but history will find you out. The American church's history of wanting to hold holiness in one hand and racial stratification in the other has seeded a deeply corrupted tree. The book causes us to examine the implications of the historical trajectory of our theological influences. Yet this book, with the same intensity that it offers historical truth, provides grace. If race can be constructed, racism can be deconstructed. In Christ's name, it must be!

Christianity in the United States has had problems for centuries as it concerns racial injustice, and most American Christians need what can only be described as remedial education when it comes to understanding the abusive racist history of our faith tradition. In The Color of Compromise Jemar Tisby courageously challenges some of our long held collective assumptions and whitewashed accounts of rationalized racism for the church in America. With a thoroughly researched and detailed examination of archival documents and literary sources, he compels readers to focus on hard truths, addresses the realities of American Christianity's past, and does so in a well-reasoned and lovingly direct writing style. Upon reading this book, one will come away having to reconsider how individuals who proudly boast of a Christian way of life in America continue to do so at the expense of others. As a historian and a Christian, Tisby presents truth with accuracy but also with much love and humility. If it is true that those who fail to learn from history are doomed to repeat it, then this book is a timely must-read for any Christian seeking justice and mercy, as we learn how problems in American Christianity's past could lead to solutions in our future.

Reconciliation doesn't happen without truth telling. Jemar takes us on a historical journey laying out the racial complicity of the church. It's difficult to understand the complexities of the history of racial oppression in America; one must begin to identify the intentional and unintentional blind spots many have. Jemar calls the church to face its tragic history in an effort to build a new future and to save it from repeating past mistakes. The foundation of reconciliation begins with truth. Tisby encourages us to become courageous Christians who face our past with lament, hope, and humility. History is imperative to understanding the present. The Color of Comprise gives us an aerial view of our past with hopes of a Christian awakening. This is a must-read for all Christians who have hopes of seeing reconciliation.

With the incision of a prophet, the rigor of a professor, and the heart of a pastor, Jemar Tisby offers a defining examination of the history of race and the church in America. Comprehensive in its scope of American history, Tisby's data provides the full truth and not a sanitized version that most American Christians have embraced. Read this book. Share this book. Teach this book. The church in America will be better for it.

In The Color of Compromise, Tisby reveals the role that racism has played in the American church and how that has manifested in policy making. Those following the relationship between white evangelicals and President Trump need to know that this union was a long time comin--even before the rise of the Moral Majority, led in part by the late Jerry Falwell, father of one of Trump's most vocal evangelical supporters, Jerry Falwell Jr. Tisby's book gives the historical context that is often missing from the conversation about how so many black and white Christians can be described as theologically conservative but vote so differently on Election Day. Compromise helps the reader understand that Martin Luther King Jr.'s assessment--that Sunday morning is the most racially divided hour in America--rings true today and manifests in the voting booths when Christians express their deeply held convictions.

Some American evangelical Christians are often confused and sometimes frustrated by all the talk surrounding white supremacy and American Christianity. Some think that racism and its deleterious intergenerational, personal, psychological, social, institutional, and systemic effects are of the past and too often exaggerated in the present or that in a certain way American Christianity was somehow immune to this national spiritual and moral pathology. In The Color of Compromise, Jemar Tisby has provided an account that reminds some of us and informs others of the sad demonstrably historical fact that the American church intentionally perpetuated racial injustice socially and politically while attempting to undergird all of this theologically. The claim itself will no doubt make some uncomfortable. We must nevertheless come to grips with these realities. Others may even become defensive, yet this response must be resisted. For those who care about the collective witness of the American church, it is necessary that readers journey with Tisby through this treacherous landscape of American church history. This sordid history should not be hidden, downplayed, or explained away. It must be confronted. There cannot be a way forward without a profound truth telling. This is exactly what The Color of Compromise does. Those who are deeply concerned about the witness of the American church must read this book and pass it on to others. By looking back, The Color of Compromise pushes us to look forward to live out a courageous Christianity that is authentically grounded in the gospel of Jesus Christ.

The Color of Compromise presents an irrefutable and haunting historical survey of white evangelical churches' complicity with racism and white supremacy. Tisby invites the reader to answer this question: What is the color of compromise? The answer is red, politically and literally, as the blood of black women and men--slain by the wickedness of white supremacy and antiblack racism vis-and agrave;- vis the altar of complicity--continues to pour out.

Jemar Tisby has written a concise history of the way white supremacy wrapped itself in Christianity in the American story, compromising the gospel for the sake of money and power. This slaveholder religion is with us still, adding fuel to the fire that threatens to consume the institutions of our common life. To face the truth this book illuminates is to see that it didn't have to be this way--and that, by God's grace, there has always been a prophetic tradition calling us to confront the compromise and be born again.

Jemar Tisby (B.A., University of Notre Dame, Mdiv Reformed Theological Seminary) is the president of The Witness, a Black Christian Collective where he writes about race, religion, politics, and culture. He is also the co-host of the Pass The Mic podcast.  He has spoken nation-wide at conferences and his writing has been featured in the Washington Post, CNN, and Vox.  Jemar is a PhD candidate in History at the University of Mississippi studying race, religion, and social movements in the twentieth century. 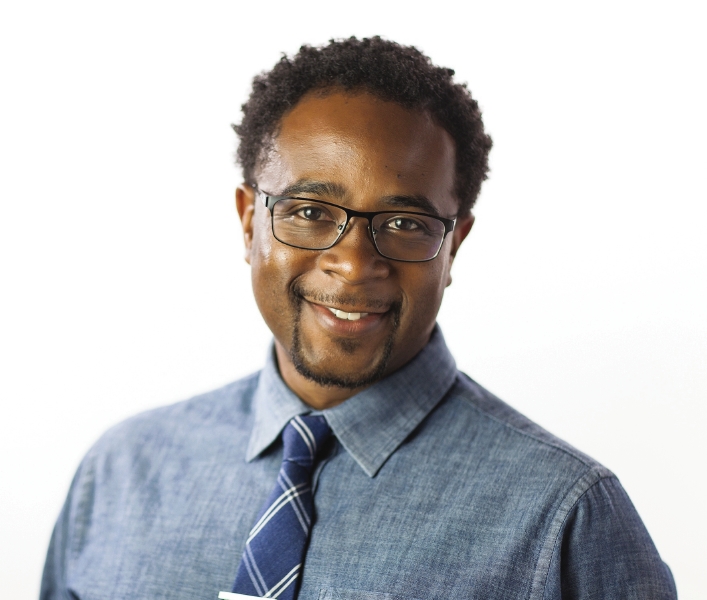