An inheritance could provide her with financial freedom, a rare accomplishment for a woman in the Regency era; she only has to marry one of two men to gain it. But what if her heart belongs to a third?

Amelia Pembroke is in a unique position in Regency England: She can obtain financial freedom. But in order to do so, she must marry one of two gentlemen. The trouble is, she might be falling in love with another man entirely.

1819, Kent, England—Everything changed the moment Amelia became heiress to Moorington Cross. A young widow and patient at Cluett’s Mesmeric Hospital, Amelia is stunned to learn that her doctor—and the only father figure she’s ever known—has altered his will naming her his primary beneficiary. Such an opportunity is beyond what any Regency-era woman could dare to dream—especially one with a sleeping disorder that finds her falling asleep at the most random of times.

There is, however, a perplexing condition attached to the will: she must wed one of two named men, wholly unknown to her. Doing so would provide her with a secure future. But how can she marry one of these men when her heart is intrigued by the charming solicitor, Mr. Hawkins?

Everything takes on a new sense of urgency—and danger—when Mr. Cluett is found dead in his bedchamber only hours after announcing his updated will. Now Amelia only has thirty days to decide which man she will marry. But she is just as determined to uncover the truth of her benefactor’s demise with the help of Mr. Hawkins. After all, this sudden turn of events couldn’t merely be a coincidence—could it?

From award-winning author Abigail Wilson, Twilight at Moorington Cross is a mysterious Regency romance full of intrigue, mesmeric treatments, and abandoned corridors that proves love is the greatest testament of all.

Praise for Twilight at Moorington Cross:

“An enigmatic illness, a mysterious manor, an unforeseen inheritance, and a suspicious death all add up to a maelstrom of misfortune for Wilson’s stouthearted and winsome heroine, especially when she’s falling in love with the ‘wrong’ man. Twilight at Moorington Cross has all of the atmospheric trappings of a classic Regency Gothic along with a sweet and stirring romance. Perfect for fans of Julie Klassen and Kristi Ann Hunter.” —Anna Lee Huber, USA TODAY bestselling author

“I was drawn in from the very first page of this unique Regency story. Wilson's engaging prose and expert mystery-telling kept me turning pages and left me guessing until the end. I wouldn't hesitate to recommend this book!” —Kasey Stockton, author of the Ladies of Devon series

'The shadowy halls of the Cluett Mesmeric Hospital serve as the backdrop for both a twisty murder mystery and the sweet romance between a patient and her solicitor in this suspenseful Regency romance from Wilson (The Vanishing at Loxby Manor) . . . This page-turner will have readers on the edge of their seats.'

Abigail Wilson combines her passion for Regency England with intrigue and adventure to pen historical mysteries with a heart. A registered nurse, chai tea addict, and mother of two crazy kids, Abigail fills her spare time hiking the national parks, attending her daughter’s diving meets, and curling up with a great book. Abigail was a 2020 HOLT Medallion Merit Finalist, a 2017 Fab Five contest winner, and a Daphne du Maurier Award for Excellence Finalist. She is a cum laude graduate of the University of Texas at Austin and currently lives in Dripping Springs, Texas, with her husband and children. Connect with Abigail at acwilsonbooks.com; Instagram: @acwilsonbooks; Facebook: @ACWilsonbooks; Twitter: @acwilsonbooks. 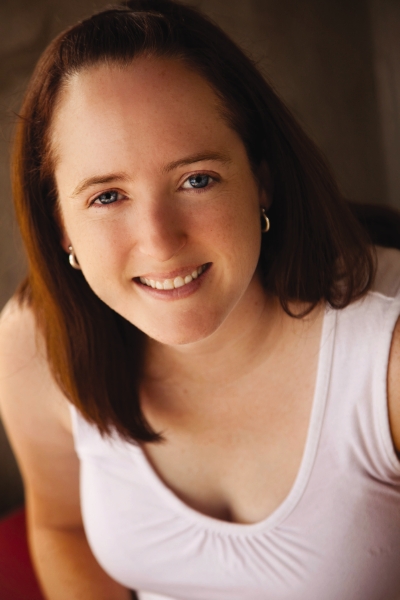