John Paine is a successful businessman and lay leader living in Plano, Texas. He has lived over seventeen years with ALS, also known as Lou Gehrig's disease. A once active man, John now spends his days in a wheelchair, dependent on a ventilator for his next breath. His greatest passion is mentoring others and sharing the true treasure of his life with them - intimacy with Christ. In the twilight of his life, John most enjoys spending time with his wife Margaret, the families of his four adult children and seven grandchildren. 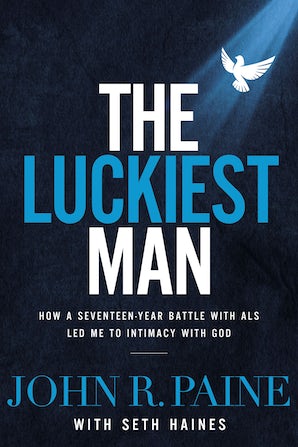