Dustin Nickerson has been married for more than sixteen years to his wife, Melissa, who still encourages his career in comedy. His successes have included performances at prestigious venues, including The World Famous Comedy Store, The Hollywood Improv, Caroline's on Broadway, The Laugh Factory, and the Ryman Auditorium, and his first stand-up comedy special was one of the highest-rated in the history of the legendary KevonStage's platform. His second special, Overwhelmed, is widely viewed on many outlets, and he has appeared on Netflix alongside Kevin Hart, Comedy Central, Hulu, and Fox. He hosts the popular Don't Make MeCome Back There podcast, regularly appears on Sirius XM Radio, and performs at over three hundred live shows each year. Known for his ability to combine practical wisdom and humor while tackling difficult topics, Dustin describes himself as "the world's most average person," but his life has been anything but ordinary, which is just the way he likes it. 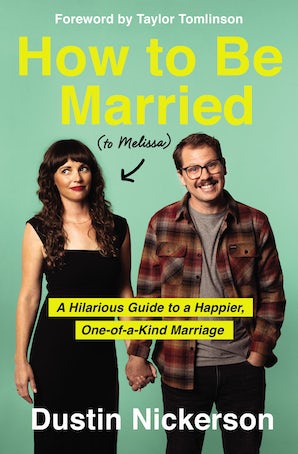 How to Be Married (to Melissa)