Veteran actor Dondré Whitfield is a three-time Emmy and NAACP Image award nominee. He has appeared with such celebrated actors as John Travolta, Helen Mirren, David Oyelowo, Michael B. Jordan and Kevin Hart among many others.

Off-camera, Whitfield is passionate about helping address the challenges and pressures of masculine identity in the 21st century. He co-created The Manhood Tour, a global movement committed to awakening the consciousness of men, giving them the keys to effective and impactful leadership, and teaching them how to tap into their talents and live to the highest degree.  He has traveled throughout the country speaking on behalf of the movement, inspiring youth to overcome distractions and modeling for young men and peers the concept of servant leadership and what it truly means to “be a man.” He is currently Ambassador for Delta Airlines’ annual Dream Flight and Ambassador for the PGA’s Beyond the Green mentoring program for youth and college students.

Whitfield and his wife, actress and director Salli Richardson-Whitfield, live in Los Angeles with their two children. 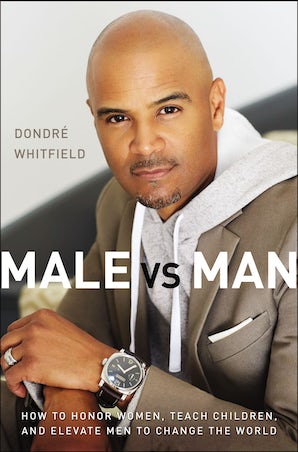